The Microsoft Surface is an easy target. It is Microsoft’s attempt to get into touch computing and it is easy to see it as a me-too iPad competitor. Microsoft is frankly just so uncool that their products get much greater scrutiny, and people delight at picking everything apart. 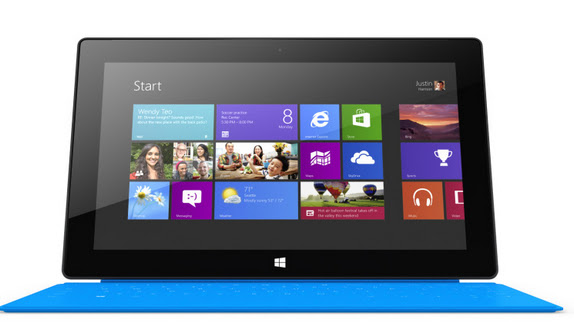 But, the Surface RT is good. I’ve owned one for over three months now. And here’s the crazy thing: I use it all the time. More than my iPad.

Why? A bunch of reasons really. But six things really make it stand out.

The Surface lets you setup multiple user accounts. It’s actually a feature I never use on a real computer, but it’s convenient to have all your settings there when you pick up a tablet.

Multiple accounts means no logging on and off of apps like Gmail and Twitter for old foggies like me who live with their significant others. Tap on your account and everything is as you left it.

I used to think that as tablets get cheaper and cheaper, people will just get one each. Here’s the reality: “Why is the email, Facebook and calendar on this !%$!$$! thing Sarah’s?”

Yes, this could be the definition of “first world problem,” but as tablets become nearly free, you’re more likely to leave one in the bathroom and wish the one in the living room just worked right. 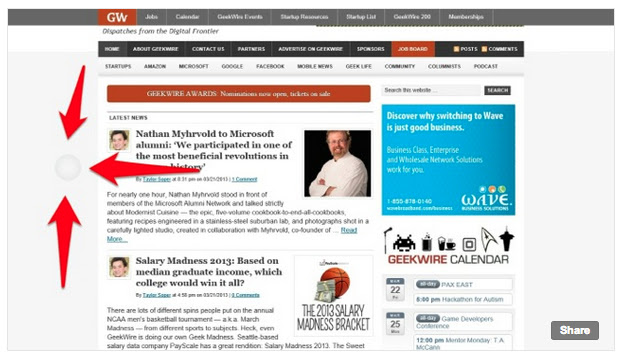 Every time you touch the surface, a very light-grey, transparent circular dot briefly appears on screen and then quickly shrinks into nothing. When you swipe, a faint grey trails your finger and then almost instantly disappears.

Most Surface users probably don’t even notice this detail, but it is super nice. It helps you understand where your touches are registering and makes every touch feel highly responsive  — more responsive than an iPad. 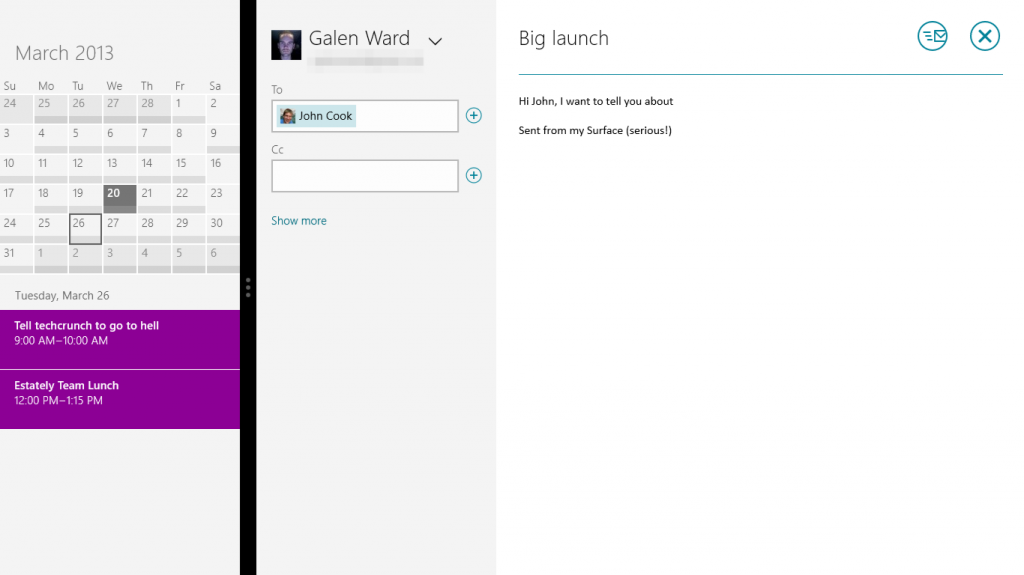 Have you ever tried to paste your favorite three bits of an article into an email on an iPad? Use cases like that make me bring a laptop on trips.

My most common use case is opening a narrow email client and copying and pasting text from a website or copying and pasting multiple URLs. Or: adding stuff to my calendar when I’m in an email app (this is a huge pain on the iPad). Or: taking notes in Evernote with a web browser open.

I hate flash as much as the next guy, but if you use the web for work, it’s a necessary evil. Say you’re the CEO of a real estate startup and you want to check in on your traffic yesterday in Google Analytics. Then Flash is like a long lost friend.

If you’re a write fast, go-back-and-edit writer like me, editing text with the little iOS magnifying glass is something that unknowingly taxes you every time you do it.

On the Surface, I do what I do to write quickly and efficiently on my laptop: get close enough with the mouse and then use the onscreen arrow keys to get positioned just right. Or: Control + Arrow word by word to the place I want to edit.

Someone deserves a promotion for the work they did on Windows 8′s playback user interface.

You can play music or podcasts in the background on the Surface — like you’d expect. Here’s what the Surface does delightfully right: When you touch either of the volume buttons on the Surface, it shows you the volume level in the upper left hand corner of the screen along with rewind, pause and fast forward buttons.

This is discoverability done right. The first time you want music or a podcast playing in a background app to pause on the Surface, you turn down the volume and from there find out you can pause it.

This stuff has made the Microsoft Surface something I use on a regular basis. I don’t think it’s enough to make the Surface an “iPad killer” or even to steal a significant part of the market from the iPad, but it’s a strong start. The Surface is an impressive first start with some surprisingly nice features.

As an all-Apple person, I had low expectations for the Surface RT, but it has really impressed

Posted by Adam Rabinovitch at 09:28 No comments:

Microsoft made a bold bet to build its own hardware, competing directly with Apple's iPad, but it was never an easy task to create something new and unique. Microsoft's own tablet is the result of it facing a "big challenge" relying on its hardware partners to create a high quality physical device that could go up against Apple. Project "Georgetown," the codename for Surface RT, started with two simple goals: the tablet couldn't leak and it must ship when Windows 8 is ready. "The goal was, you gotta bring Windows 8 to life," says Microsoft's Panos Panay, general manager of the Surface team. Looking at the vision of Windows 8 and other Microsoft products, Panay was tasked with creating a tablet that would encompass everything Microsoft had to offer. After months and months of prototyping and tweaking, the end result was unveiled to the world on June 18th of last year. These are a few of the concepts and prototypes that led to that final product.

Secrecy was essential; Microsoft didn't want to upset its OEM partners at a time when it was working to bring Windows 8 to the market. After the project was commissioned by Windows chief Julie Larson-Green, Panos Panay started to form a team of 12 people to tackle the task of creating a vision for what would become Surface. Panay previously worked on Microsoft's PixelSense table (formerly known as Surface) and slowly grew the Surface team from 12 people to 30 people, then on to 80 people and beyond.

"When we started and kind of all the visions were coming together, it was clear we were gonna go make a tablet," he reveals in an interview with The Verge recently. Despite the clear guidelines on a tablet, Panay admits "there were some other concepts, and there were a number of them beyond just tablet at the time," suggesting that Microsoft had considered other form factors. The exact timing of Surface development is still a mystery though, and Panay refused to comment whether the iPad was available before work started on Surface. The official timing statement is that the Windows 8 design vision was locked before the iPad and that Apple's tablet validated a lot of the vision for Microsoft's new operating system.

The Surface tablet started with the concept that people should be able to do more than competitor tablets. Recounting how it all began, Panay explains "we're Microsoft, let's be proud of that, let's be proud that we help people get stuff done." The primary goal was to get the product thin and light to be used as a tablet, with 3D printed prototypes and concepts helping to form the idea of a tablet. Early concepts included rounded backs and edges, but Microsoft settled with a flat back and angled edges to prevent users from feeling like they were about to drop the tablet.

"We stressed out about it."

Microsoft also wanted to protect the tablet with a cover, but enable full productivity. "We stressed out about it," explains Panay, then the team paused and looked at what it had been doing with mice and keyboards for the past 30 years. The Surface team put a magnet on its concept to figure out if it was possible to make a removable keyboard cover. "What ended up happening was we kinda found this idea of everyone needs a cover, so the cover has to be super thin and they're gonna protect their glass which is an important concept and we're like, 'let's figure this out.'

After several concepts and prototypes, the team settled on Touch Cover and Type Cover, with separate groups working on both. The goal, in plastic form, was 4.5mm, but it turned out the team was able to push this to just 3mm. "This was literally how do we make something thin enough that looks super cool and feels nice on the hands," explains Panay. 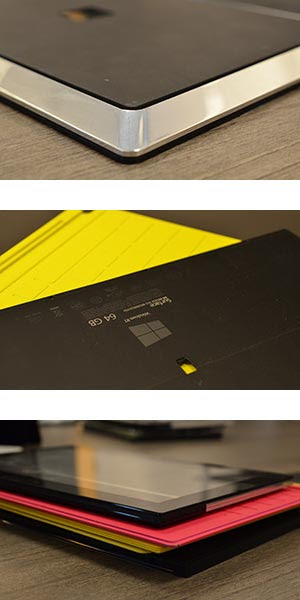 Panay and the team then watched it evolve from one concept to another, before a final design was formed. From the pictures below it's clear to see how many Surface and Touch Cover revisions that Microsoft went through. From yellow covers to flat plastic ones, a number of ideas were thrown around in the process of making Touch Cover what it is today. "We don't have yellow, we don't have any green," he explains. "We get a lot of requests for colors. It's all in the works, we can create colors and special editions," says Panay, revealing that we'll be seeing a number of new covers in the future. The team has previously hinted that it may also be working on battery equipped covers, but Microsoft has nothing to announce in that area just yet.

Microsoft's Surface Pro, codenamed "Georgetown X," started three months after Surface RT. "We started Pro three months after we started RT, that's how the product shipped," says Panay. Explaining the gap, Panay says "it really was people, availability, time," not a delay or product issues. Pro was all about speed with an aim to make it a full PC. "So you still want it to be a device that looks elegant, looks beautiful, something you're proud of, but it's not a museum piece." Museum piece or not, Pro combined the idea of touch, PC, and stylus into a 2 pound package. Microsoft says it designed Surface Pro from the inside out to ensure the weight was evenly distributed for note taking and tablet use. "It's distributed, to a science, it's distributed in a way that takes iteration and it takes a lot of time."

The Surface Pro started shipping in mid-February and Panay says "demand is higher than we initially intended for Pro to be, no doubt." The initial supply issues seem to be mostly resolved, with devices available in stores and online. Reflecting on the launch and reaction to Surface, Panay says the team feels great about what they're doing. "The people that aren't using the products certainly have opinions, but the people using them love them and I think that's what's most important to us right now."

So what's in store for Surface in the future? Panay says the team is working on future Surface generations at the moment. "When I say generations, not just one, we have the teams at full speed and loving what they're building and seeing," he says enthusiastically. "I think things just keep getting better, just hopefully what you'd expect from us."

Posted by Adam Rabinovitch at 11:20 No comments:

eSynergySolutions Extracting Value from Big Data in the Cloud

Barak Regev - Turning your data problem into a competitive advantage 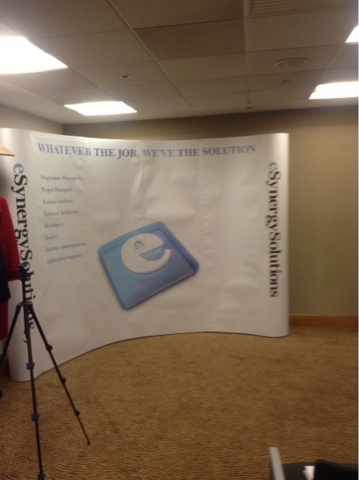 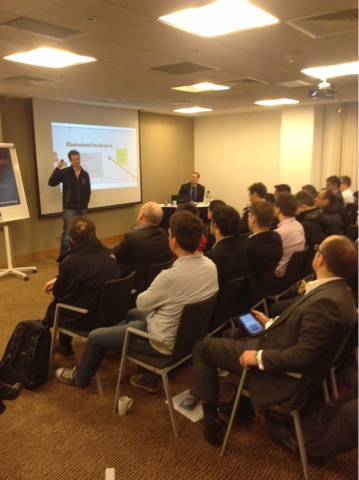 Posted by Adam Rabinovitch at 10:33 No comments: